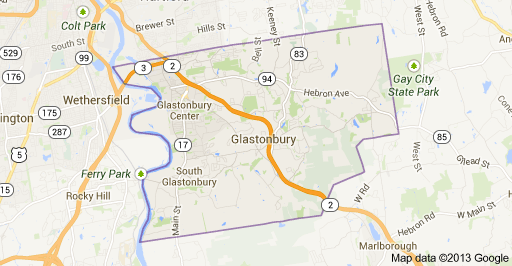 Safeside Chimney is the leader in the chimney cleaning industry for all of Glastonbury. We work to provide the best experience for you including a satisfaction guarantee: if you are unsatisfied with our work for any reason, we will re-service those areas for you at no extra charge to you. Your satisfaction is our number one priority. We will receive the best personal care upon the very first point of contact with our professionals at Safeside Chimney. Give us a call today!

Maintaining your chimney is crucial not only to the functionality of your home, but also for your safety. Large scale or small scale, we are able to perform the work you need, including:

Give us a call today to schedule the service that you need!

We receive feedback all the time from our clients from all around Fairfield County. Here is a recent testimonial from one of our trusted clients in Glastobury:

“I have been using Safeside Chimney for years, and recently recommended them to my boss – that is how secure I was in the quality of service, materials and follow up he would receive.  Safeside went above and beyond – as always – to ensure he was completely satisfied.  Thank you Dale, and your whole team at Safeside!!  Feel free to use me as a referral.”

Named after Glastonbury in Somerset, England, Glastonbury is located near the Connecticut River , approximately seven miles southeast of Hartford. The town has a population of 34,427 according to the 2010 census.

Part of the town is in an area called “Kongscut Mountain,” locally known as “Rattlesnake Mountain” due to its small population of timber rattlesnakes, which do not pose much of a threat due to the area being mostly forest and undeveloped.

Glastonbury is also known for its small private lake named Diamond Lake, which is surrounded by subdivisions of large homes. In order to access the lake, you must be a member of the Diamond lake Property Owners Association. Also found in the town is one of the largest state forests, Meshomasic State Forest, a popular area for hiking, fishing, and hunting.

The town is known for its event known as the Glastonbury Chamber of Commerce Apple Harvest Festival. The festival is three days long and occurs every October during the Apple harvest season with various rides and attractions, such as booths from local town businesses and politicians. Other events in the town include the Under a Strawberry Moon Festival in June and sporting events including three 5K races organized by the Glastonbury River Runners, and the annual Glastonbury Art Walk.

Safe side professionals were knowledgeable, very neat & clean while cleaning the fireplace/chimney inside my home, and courteous too. A good service for a good price!
Ericka L.
Steve and Mike were great. Fixed my chimney right up and left the place spotless, which was no small feat considering how much soot they got out. Been using Safe Side for years.
Will C.
Our basement had water after a rain storm and we suspected it’s due to the lack of rain cap on the chimney. We called safeside and they sent a guy to make inspection. He took a video to show us his findings. He found there were chimney swift birds living…
DW
The.best company and crew. On time or early everyday. Installed a stainless steel liner and repaired chimney. High quality workmanship and exceeded my expectations. The Forman explained in details the repair. The clean up was great, couldn’t believe how detail the clean up was. Have already recommended this company to…
Jim S.
The employees of Safeside Chimney that came to my house were absolutely flawless. Professional, courteous, friendly & knowledgeable. They had to put inserts into my chimney, fix my wood stove piping and flue. Joe S. made me aware of items to expect when we start the wood stove for the…
Paula P.
Took the time to educate me about why a chimney needs cleaning. Very nice people.
Marnie M.
Excellent service. They showed up on time and did a great job of sweeping the Chimney. The price was great and gave me related advice. Would use them again.
Pedro C.
Joe Capo and his partner were on time, courteous, and explained everything they were doing. I was greeted and told goodbye with a handshake. They laid drop cloths on the floor wherever they went and cleaned my stove up better than it was before. I would highly recommenced and will…
Brian M.
We have used Safeside ever since we moved into our home 7 years ago and will never use anyone else. They are very professional and offer a fair price
Craig Z.
Contracted them for a chimney inspection; their techs did a great job, provided a thorough report and made sure I understood what they were reporting.
Julio M.
Professional, fast services for all your chimney and fireplace needs. These guys took my sixty year old chimney and made it look like a teenager. I will use their services again in the future.
Christian P.
Used these fine people to clean and sweep my chimney ….. Good Job…… Good Staff and at which time I booked them to cap my chimney. They took the measurement ; they were very polite and knowledgeable. However when they did cap it two weeks later it blew off in…
Carol D.
Airduct cleaning was great. Quality professional service for a good price & took extra care in Covid 19 precautions. Highly recommend!
Coralys S.
I had complete air duct cleaning and dryer vent cleaning! The team was awesome, thorough, professional and fairly priced! I will definitely use them again when I have to do these services!
Iris F.
Steve was awesome… Thanks!
L. Bell Manchester, CT
Completed a thorough inspection in addition to cleaning. Shared advice on avoiding up-sell of unnecessary services from competitors.
Cindy S. in Torrington, CT
Very professional and knowledgable. In the process of setting up another appointment for additional work before I can rate the quality.
Jane V. in Stamford, CT
very professional
Nathan P. in Manchester, CT
Provided quick service, arranged a schedule to accommodate me, very courteous and professional
Keith S. in East Hampton, CT
They returned my call within hours of my initial inquiry. They came and removed a wood burning stove, sealed off the chimney and cleaned everything up. They were friendly, and quick. I was very happy and would definitely recommend them.
Sarah S. in Andover, CT
very good work chimney was leaking water in to house. they fixed flashing repointed chimney and water proofed all the bricks
Robert D. in South Windsor, CT
The quality of the work was excellent, as well as the price. The only drawback was I didn’t know when they would actually do the work, but they did complete the project within the timeframe proposed.
Donald A. in Southington, CT
The quality of work was excellent as well as the price. Very professional and courteous. The worker arrived on time, job was completed within the time and worker.
Angel T. in Seymour, CT
Hard working gentlemen
Anthony T. in West Haven, CT
Very professional job. On time and within budget. Highly recommend.
Alan B. in North Stonington, CT