We were called out for an estimate to rebuild a chimney in West Hartford, CT. Chunks of brick were falling off the chimney and rolling down the roof. You can see one sliver still on the roof. The top portion of the chimney was in major disrepair in the area that needed to support a heavy blue stone cap. Our customer said they have had birds in the chimney once before so they wanted to change out the slate cover with a screened chimney cap. We explained the chimney cap also does a better job keeping out rain and snow, which has been a contributing factor to this chimneys deterioration. They wanted to keep the look and the style of the brick, and we were able to find almost the exact same style. Three days later, a new chimney was born! Check out our photos below! 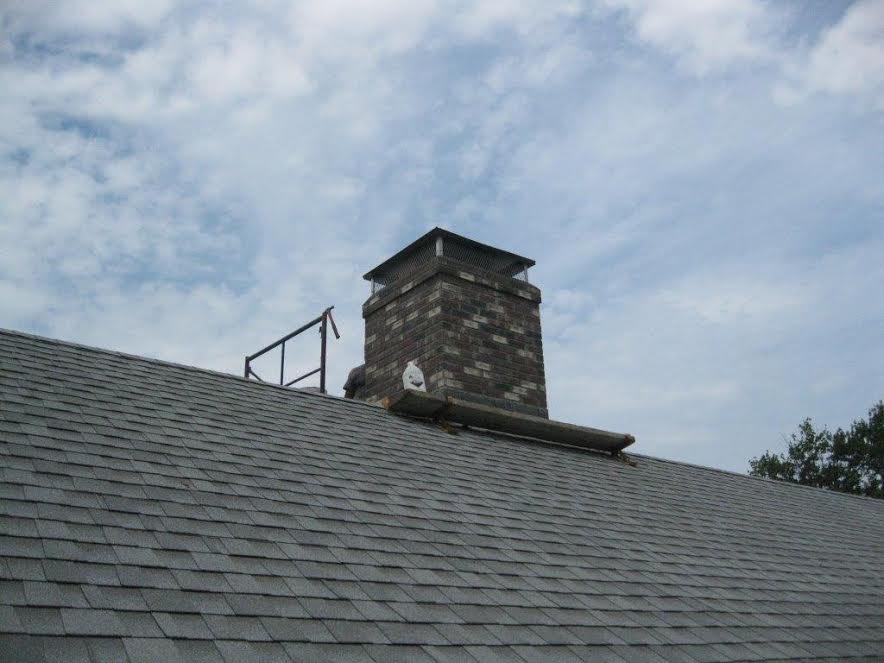 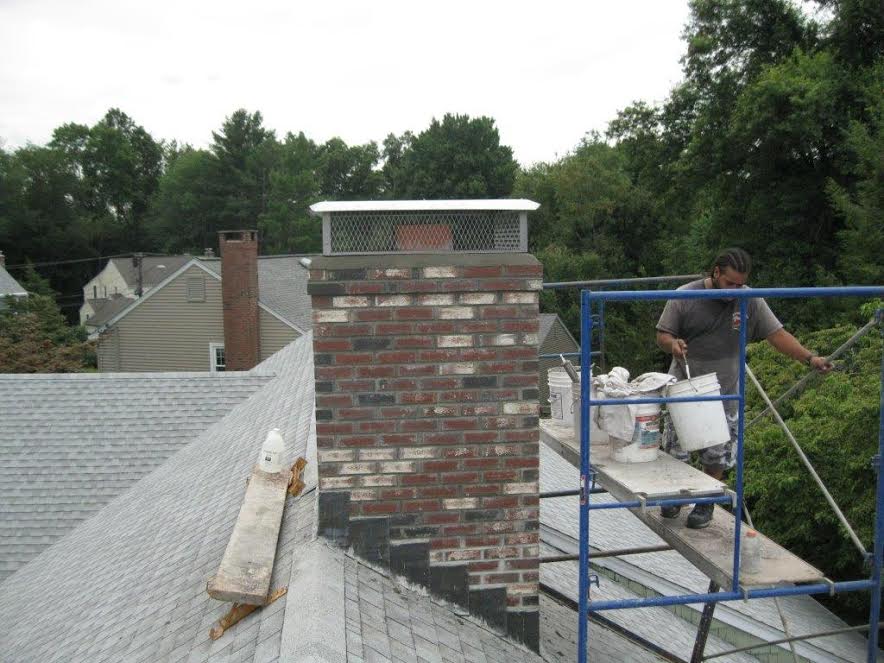 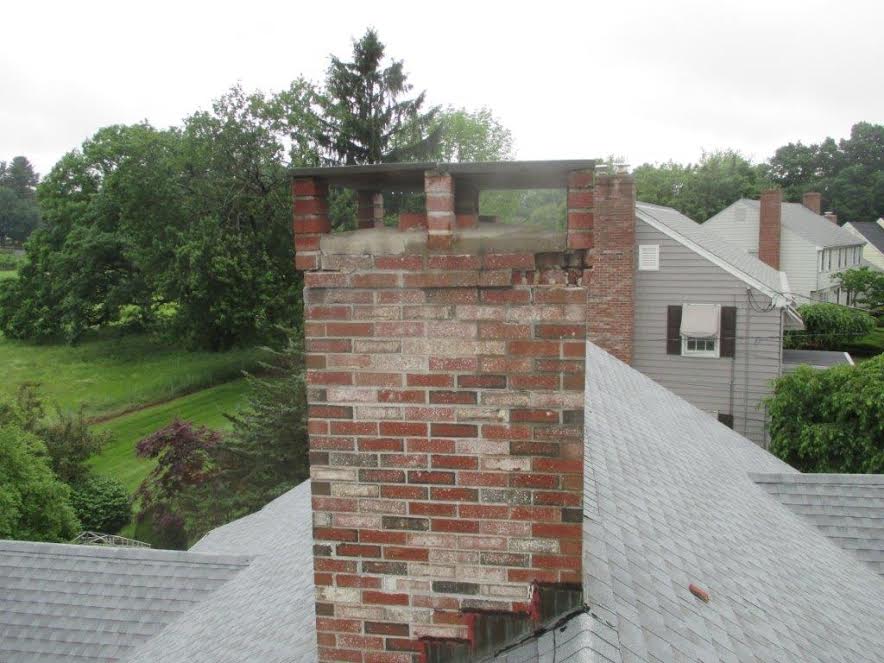 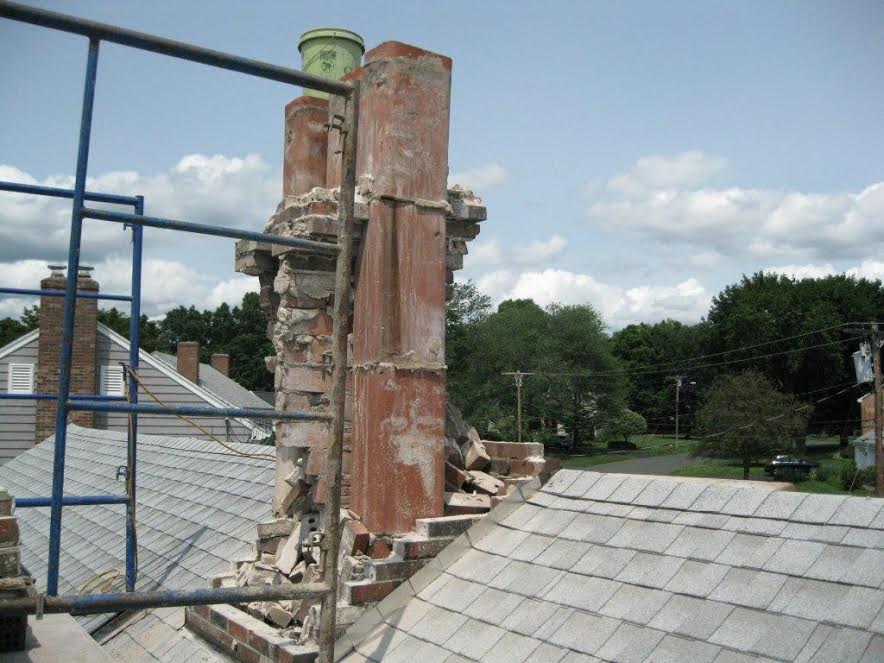 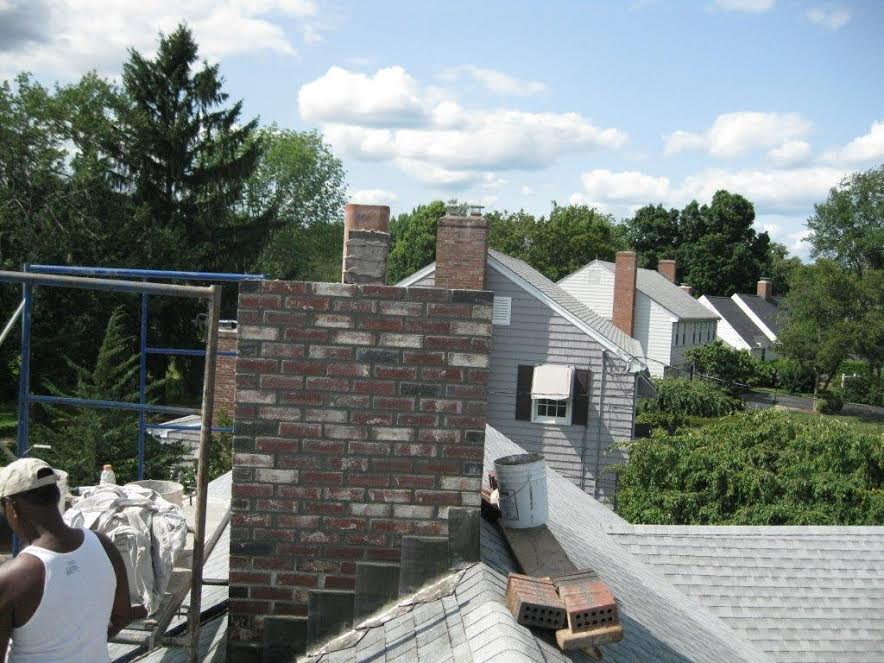 Categories : chimney, Chimney Rebuilding, chimney replacement, Featured Post, west hartford
Tags : chimney, chimney rebuilding, west hartford
Request A FREE Estimate
Safe side professionals were knowledgeable, very neat & clean while cleaning the fireplace/chimney inside my home, and courteous too. A good service for a good price!
Ericka L.
Steve and Mike were great. Fixed my chimney right up and left the place spotless, which was no small feat considering how much soot they got out. Been using Safe…
Will C.
Our basement had water after a rain storm and we suspected it’s due to the lack of rain cap on the chimney. We called safeside and they sent a guy…
DW