Call our office today to schedule a consultation for your Chimney relining project! 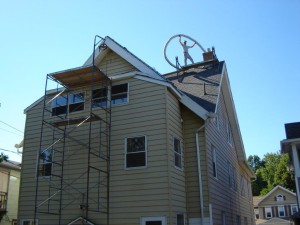 Chimney relining is necessary in order to ensure your safety and also to maintain the structure of the chimney overtime.  If you fail to get your chimney relined, the risk of deadly combustion gases venting into your home increases, as does creosote buildup, which can create chimney fires and costly chimney repair.  It may be possible that your chimney wasn’t built with a flue liner in the first place, which provides your chimney with a smooth surface and insulation.  Believe it or not, linerless chimneys are extremely common in old houses, but also in newer ones as well.  Another reason to get your chimney relined, is because your liner may be defective.  Over time, cracks in tiles and combustion
gases combined with rain can erode masonry joints in the brick word or stonework. (Click the link to read more on cracked or broken chimney liners) 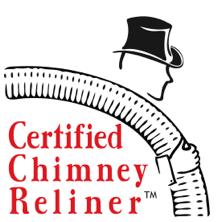 How does Chimney relining work?

There are different methods and materials used to reline your chimney, including clay tile liners, cast-in-place liners, and metal flue liners.  Ceramic 24” units are stacked to create a clay liner in the chimney.  Cast-in-place liners involve pumping mortar in the chimney to form a new flue.  Stainless steel metal flue liners are the most versatile liners, as they come in flexible and rigid forms with a variety of designs.

Check Out Our Recent Posts on Chimney Liners

What type of relining do you recommend? 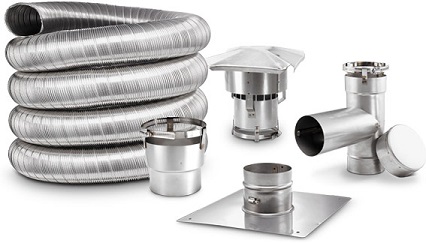 We recommend using a stainless steel chimney liner known as Chim-Flo Smoothwall 304 or 316 L Stainless steel – It comes with  limited lifetime product warranty.  The smooth-wall interior allows for better draft and does not have the nooks and crannies of a single wall corrugated liner that can catch soot and creosote.  We do not recommend using a single wall corrugated liner that we often see in the field.  We have seen many fail over the years , especially when used to vent oil furnaces.  The proper alloy of 304 for wood and 316L for oil or gas with a smooth-wall interior is the safest, most durable choice for your chimney lining.

How can I get my chimney inspected for relining?

Call us today to set up an appointment to inspect your chimney for possible relining with Safeside Chimney.

I’m considering having my chimney relined? What do I need to know about your relining certification?

Certified Chimney Reliners™ is the ONLY chimney relining certification in the United States.  Chimney professionals who have earned this designation have studied:
All the common relining methods, what type of liners are appropriate for specific jobs, what types are not appropriate for specific jobs, metallurgy and chimney liners, cast-in-place liners, relining coatings, when relining is appropriate, when it is not, etc….  Certified Chimney Reliners™ are the ONLY chimney professionals who have proved by Professional Level testing that they have a complete grasp of chimneys, chimney liners & chimney relining.  They will know what is right in your situation and if you even need a relining.

If you need to have a chimney relined, or have been told so by a chimney sweep who IS NOT a Certified Chimney Reliner™, please consider the advantages offered by a proven, tested, qualified technician who has earned the designation. Additionally, encourage any chimney sweep who you might wish to service your home to earn the designation(s) before you have them out again.  You do have a choice!  Call our office today!