Through rain or sleet, through snow or hail. Chimney problems don’t wait for nice weather, in fact these issues often crop up during the time of the year that they needed most.

This chimney flue vented the oil heating system, had broken tiles in the middle of the chimney that the furnace repair man noticed at the bottom of the trap. The connector pipe from the furnace to the chimney wall was also rotted and had to be replaced. If the tiles collapsed and blocked the chimney, there would have been a major safety situation. Luckily this furnace man had a grasp of chimney systems. Unfortunately not all technicians do, it is often disregarded by heating contractors until it gets to the point of being clogged and back drafting. Yearly routine cleaning and servicing would prevent these issues from becoming a last minute emergency job. 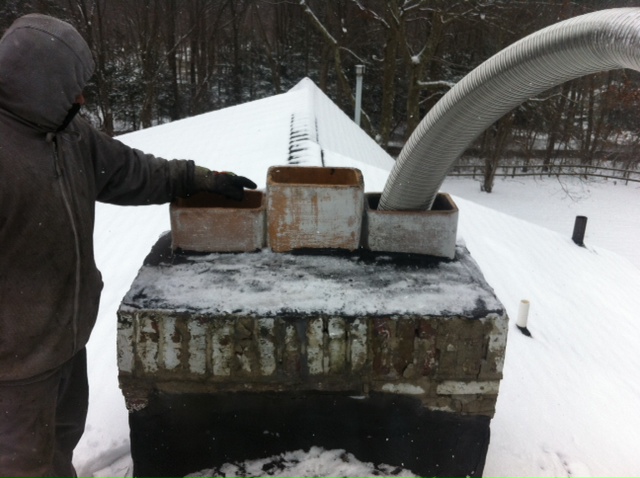 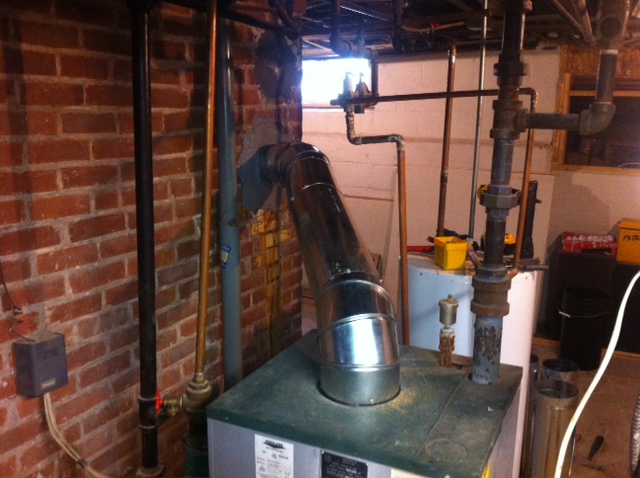 Categories : Chimney Liner, Chimney Repair, Featured Post, Woodridge
Request A FREE Estimate
Safe side professionals were knowledgeable, very neat & clean while cleaning the fireplace/chimney inside my home, and courteous too. A good service for a good price!
Ericka L.
Steve and Mike were great. Fixed my chimney right up and left the place spotless, which was no small feat considering how much soot they got out. Been using Safe…
Will C.
Our basement had water after a rain storm and we suspected it’s due to the lack of rain cap on the chimney. We called safeside and they sent a guy…
DW