Safeside is proud to serve the Middletown area.  Our corporate culture of the highest honesty and integrity, our helpful office staff, along with our friendly and skilled technicians provide you with the very best quality service at fair prices.  We have an office that is staffed daily and we can be easily reached.  Safeside’s Middletown chimney cleaning technicians are well trained and experienced.  They are continuously learning to make certain that we send only the most qualified personnel to your home or business.

*Click the link for a great money saving coupon for Middletown Chimney Services.

Please browse our site to learn more about us.    Please call us with any questions. 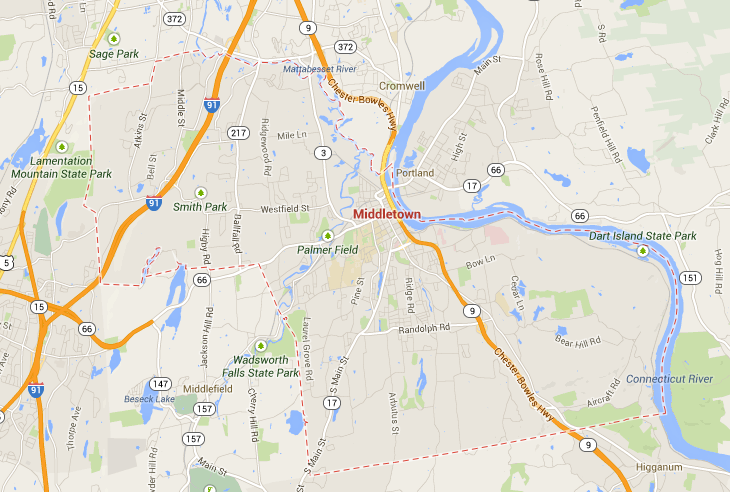 According to the 2010 census, Middletown boasts a population of 47,648 people.

During the 18th century, Middletown became the largest and most prosperous settlement in Connecticut.  By the time of the American Revolution, Middletown was a thriving port, comparable to Boston or New York in importance, with one-third of its citizens involved in merchant and maritime activities.  Slavery was part of the early economy of Middletown; African slaves were brought to the town in 1661 from Barbados; by 1756 Middletown had the third largest African slave population in the state of Connecticut—218 slaves to 5,446 whites.

Today, the downtown business district continues to revitalize the downtown area.  Pratt and Whitney, Aetna, Middlesex Hospital, Connecticut Valley Hospital, Liberty Bank, and Wesleyan University are major employers.  Located on the western border of the city, in an area known as Westlake, is an 84 house community known as The Farms.  This architectural award winning community was developed in 1969 by George Achenbach, and was one of the first communities in Connecticut designed for cluster living, with open areas designated as common land.

Request Estimate
Review
Technicians were informative and knowledgeable. They were professional and not pushy when making suggestions for further service options
Karen T. - Middletwon, CT